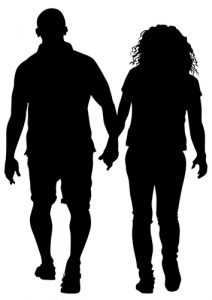 Jose and Tania have been seeing each other a lot at the club lately, they flirt, they talk on Facebook, and they know they are both into each other. One night, after they’d been talking for a few weeks, Tania asks Jose if he wants to go back to her place, he tells his boys he’s going home with Tania and they leave the club together.

When they get to Tania’s place she asks if he’s up for having sex.  He’s interested, but he asks her if she has a condom.  Tania gets offended because she thinks this means Jose doesn’t trust her, she tells Jose that she’s safe and wants to know who’s spreading rumors about her.  Jose tells Tania that it’s not about trust, he knows that accidents happen even when people think they’re being safe.